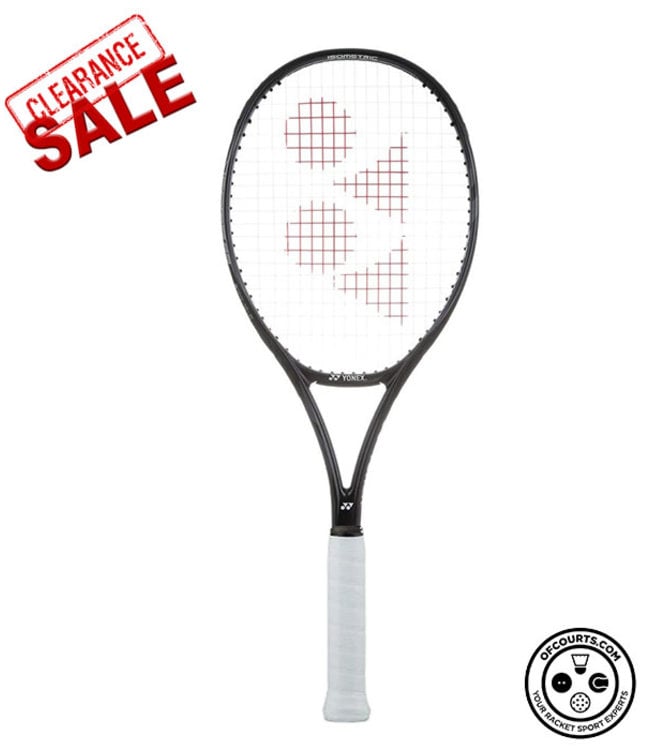 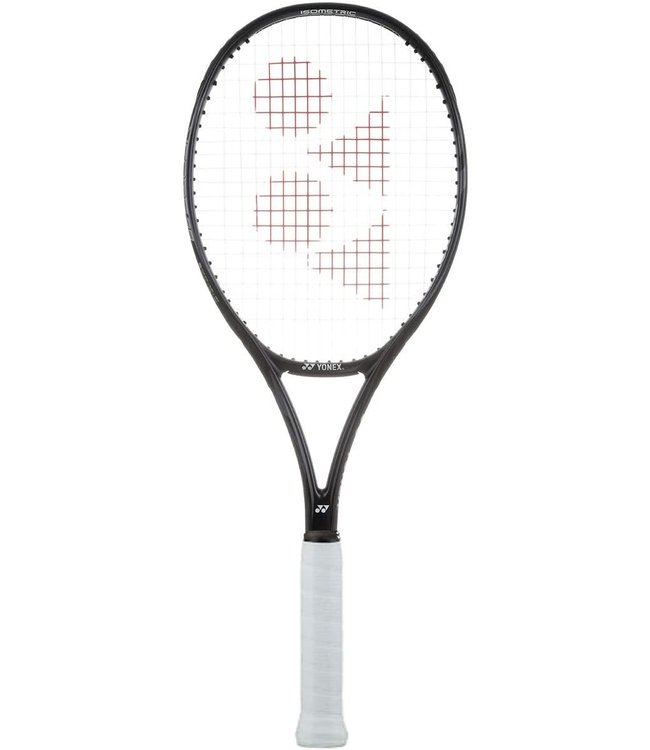 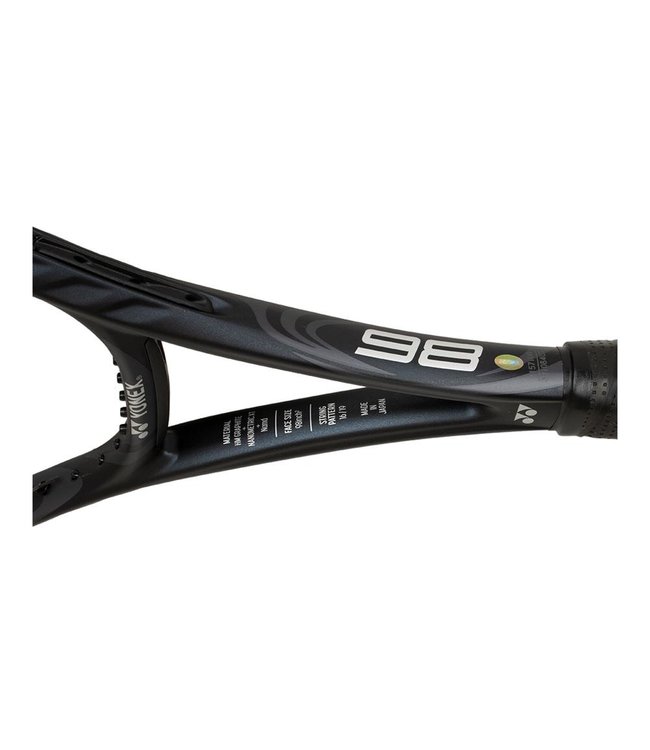 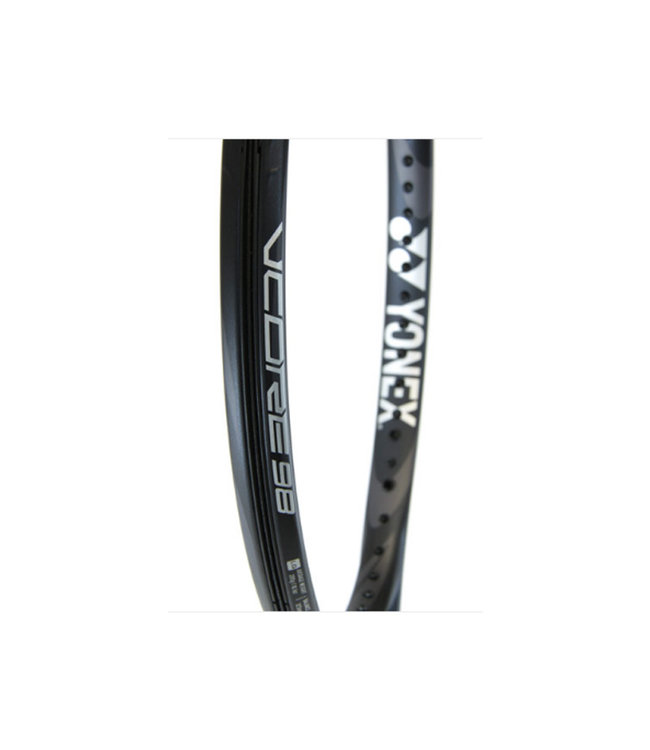 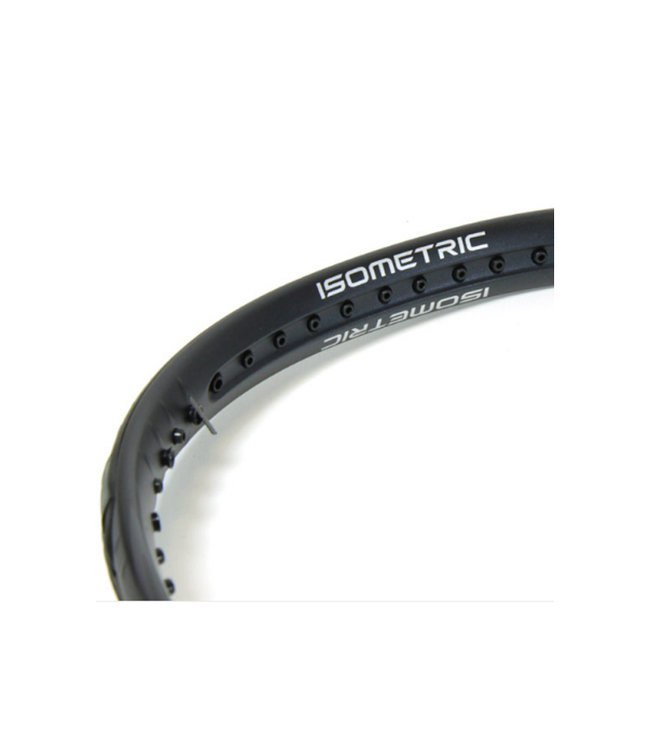 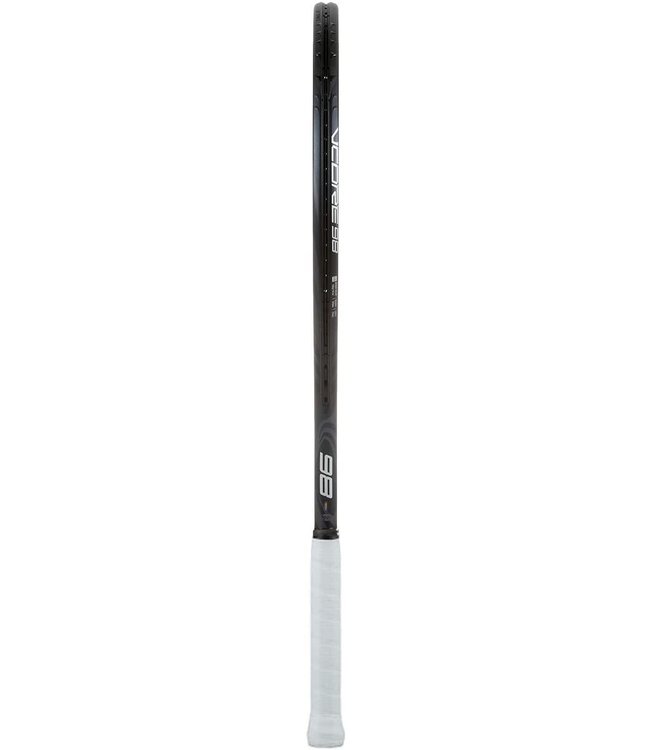 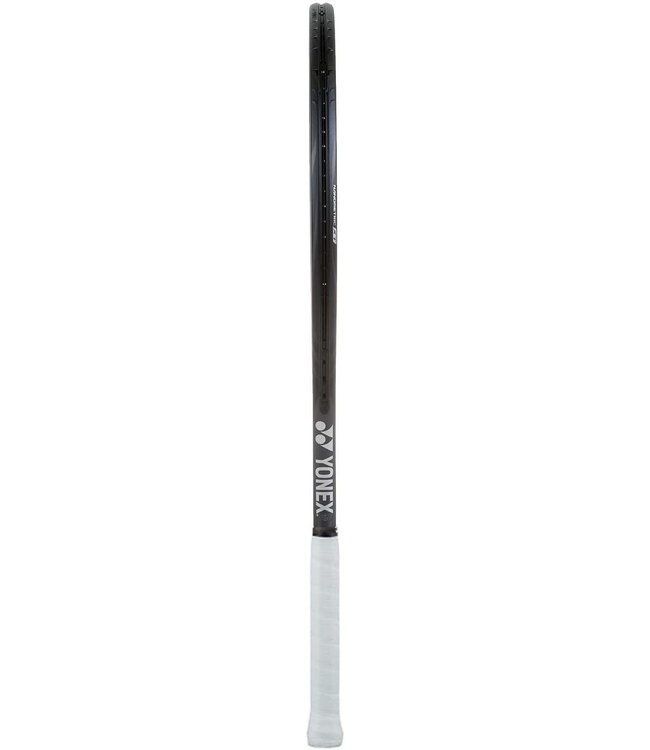 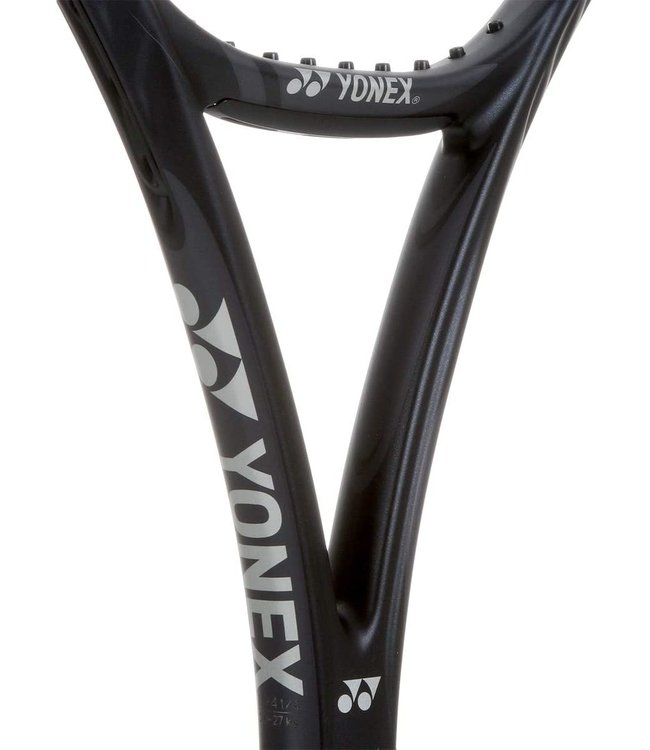 The new VCORE range is Yonex's most powerful range of tennis rackets, offering more spin and power than the EZONE thanks to a slightly stiffer frame while also maintaining a power advantage over the VCORE PRO series, and focuses on allowing you to rapidly Read more..

The lighter-weight version of the VCORE 98, the LG 285g will offers intermediate players a nice balance of power and control in a comfortable and spin-friendly package.

A lot of this racquet's quickness comes from its relatively light 10.1 ounce weight; however, there are a few new Yonex technologies that enhance aerodynamics and help in the generation of increased racquet speed as well as spin potential. The addition of more Aero Fins, now at the lower portion of the head as well as the upper portion of the head reduces air resistance as does Aero Trench technology that recesses the grommets along the top of the racquet's head. Thanks to these new technologies, Yonex claims this latest VCORE series of racquets to be the highest spin producing racquets in the company's history. The switch to a more open 16x19 string only ups the spin potential even more!

Also new to this racquet is Yonex's Namd technology. Integrating the extremely flexible Namd material into strategic areas of the racquet's layup allows the graphite carbon to create more snapback; producing more powerful shots, better feel, and more spin potential. Though this racquet has a similar flex rating (65 RA) to it's predecessor the VCORE SV 98 it does feel noticeably softer and more forgiving thanks to the Namd technology. Another new technology that enhances this racquets feel is Liner Tech. By dramatically reducing the angle at which the string enters the grommets on select main strings acts to extend these strings and produces a larger more forgiving sweetspot as well as more ball pocketing at impact.

Players looking for a lightweight racquet with a nice blend of power and control with surprising amounts of stability should definitely take the VCORE 98 LG 285 out for a hit!

ISOMETRIC: The Isometric Square Head Shape reduces the inert space found in a conventional round frame. As a result, the racquet is easier to swing through and has superior maneuverability with a 10% bigger sweetspot than an ordinary round head racquet. The sweetspot is the area of a racquet where the longest main and longest cross strings meet in the stringbed. In an ordinary round frame racquet, the sweetspot is where the 8 main and 11 cross strings meet. In the Yonex Isometric Square Head racquet, 10 main and 13 cross strings meet in the stringbed to produce a sweetspot that is 10% larger than the effective hitting area of a conventional round head racquet. With more strings of equal length and a larger effective hitting area in the stringbed, the Isometric Square Head Shape provides consistently accurate shots, giving more power, control and more effective off-center hits.

NANOMETRIC XT: A flexible carbon material added to the upper frame in order to optimize the response

Background to the Yonex VCORE 98 Black

Combining timeless Japanese craftsmanship and cutting-edge technology, Yonex have been giving tennis players the tools they need to triumph on the court for over 60 years. The Yonex philosophy has always remained the same: to contribute to the world through innovative technology and the highest quality products. The process is everything.

They design their racquets to elevate a player’s style, whether it’s the power to smash a winning serve, unparalleled spin control, or ISOMETRIC™ frames engineered to give you the largest sweet spots possible. They put intensive research and development into multiple lines of strings, meticulously crafted to give customers the edge they need to take their game to the next level.

They offer unmatched product quality through their in-house production line at Yonex facilities in Japan. Working with players at every level, Yonex engineers are creating new designs with next-generation technologies like Namd (pronounced “en-amd”), a revolutionary dynamic graphite that lets you put the heaviest spin on the ball.

The highest-spin producing racquet in Yonex history, the new VCORE embraces the latest in Yonex technology, such as a drag-reducing Aero Trench and Liner Tech, meaning the strings enter the racquet at a straighter angle, to allow for easy access to incredible spin.

Wimbledon champion Angelique Kerber endorses this range and you can see why. The German has an all-court artillery, relentless retrieval and an abundance of power, which this stylish frame caters for.

“This was the first time that I’ve used a Yonex racket actually and I was impressed. The power was pretty effortless and I was able to strike at full tilt. I thought it was particularly effective off serve, I could really go for it,” said Liam.

“It was pretty steady, out of position I still had confidence to go for my shots, but the highlight for this racket was on the offense, when you stepped into the ball and went for the winner.”

“Similar to Will’s thoughts on the Technifibre, it felt a little head heavy on touch shots, taking a little bit longer to get through the stroke, but when I connected well I was rewarded.”

“A lot of players will find the power of this isn’t compensated in control, but this would be a decent purchase for someone after effortless force, particularly off the groundstrokes.”